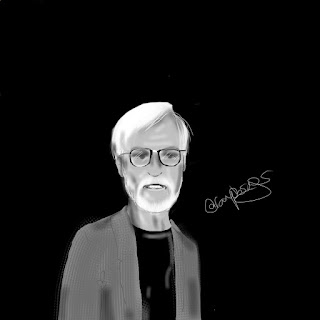 Chuck Hamilton was born 27 June 1963 in a building literally a hundred yards from his current flat, which is also directly across the street from the university where he got his bachelor’s in political science in 1985.

While at UTC Chuck helped establish a social activist organization on campus that later put on one of the biggest anti-Reagan demonstrations of his presidency, the Myles Horton Club.

He spent four years in the Philippines, two with the U.S. Navy, two with the U.S. Refugee Program, and has been involved in various political activities ever since, including Native American rights, anti-police brutality, anti-racism, support for the Iranian Green Movement and later for the various people’s uprisings across Southwest Asia and North Africa, anti-Islamophobic, pro-Palestine, pro-worker, anti-imperialism, anti-Zionism, nonviolent Irish republicanism, and, of course, Scottish nationalism, with a preference for a worker’s republic in an independent Scotland.

Chuck has written a number of articles for one of our cities online newspapers, and has a blog called “Notes from the Ninth Circle” with 432 entries since May 2011 ranging in size from a paragraph to over a hundred pages on a wide variety of subjects.


He has been running his newsgroup on Facebook since summer 2009.