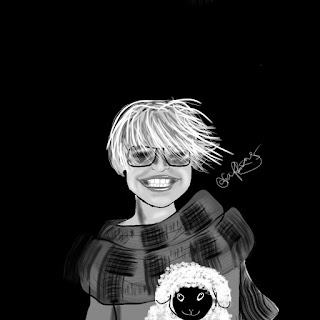 Debra Torrance is the youngest daughter of a bookkeeper and a butcher. A late baby, her parents were preparing to become Nanna and Pops not new a mum and dad again.

A digital artist who studied as a 3D animator at uni, Debra can turn her hand to just about everything, from digital design and production to photography.

Debra also finds time to play wheelchair rugby for Caledonian crushers, the only wheelchair rugby team in Scotland. All of the players have various impairments on at least three of their limbs and, as a relatively high function player, Debra plays attack. She wrote a piece for the MS Society recently where she described it as chess with a ball, if the pieces were manually pushed big heaps of highly engineered metal wheelchairs. You can read it here.

When she has some downtime, Debra and her girlfriend like to go out exploring castles, standing stones or good restaurants of Scotland. They love Arran in particular. If Debra had to emigrate to any country it would be Iceland.

A politically minded, rebellious, LGBTQ, anti-trident, anti-austerity, republican, and Jedi, Debra is a natural history enthusiast, lover of maps and self-confessed geek. She can spend hours looking at google earth and can’t walk past a Burns at an antique book fair without buying it.