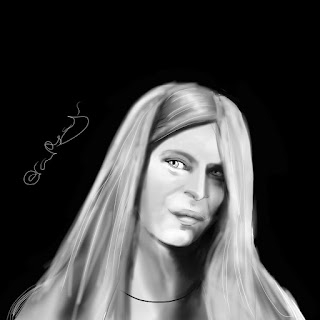 Victoria Pearson is a writer and mum of four who lives behind a keyboard in Bedfordshire, England.

Having always wanted to be a writer, V started to think it was an achievable dream when she wrote and edited a feature for the Guardian when she was 17. Following that, she appeared live on the Richard and Judy show to discuss factors that influence teenage pregnancy rates in the Uk.

V has worked as a peer mentor to help reduce teenage pregnancy rates and educate young people about drug and alcohol misuse, and moved on from that to working as a Learning Support Assistant for children with Special Educational Needs. With a keen interest in communication in all forms, V specialised in working with children on the Autistic spectrum and supporting them to stay in mainstream education.

V was politicised at an early age by her Socialist grandfather, who she used to bond with over "fat men arguing" (PMQs), but she became more active following the birth of her third child, who was born with Congenital Heart Defects. Having received world class health care for herself and her son, V was horrified to discover that in countries without universal health care, people who couldn't afford $100,000 for the life saving operation her son had received for free were being forced to abort their much wanted children. She has made it her personal mission to try and stop NHS privatisation, believing it to be the UK's proudest achievement.

Following the Brexit vote, V joined the Labour party, hoping to help protect human rights and workers rights. She is hopeful that with Jeremy Corbyn leading the party, socialism will cease to be seen as a dirty word and we will begin to move toward greater equality, protected free healthcare and Universal Basic Income.

V writes strange fiction (which you can find here), and poetry as well as fantasy, sci-fi and dystopian novels. She is rumoured to be 106, but is far too tired to find out if that's true.

Or find out more about her writing on her blog and website or on Facebook.
Posted by Kitchen Witch at 07:32